Skip to content
Ship Breaking or ship recycling is the process of dismantling an obsolete vessel’s structure for scrapping or disposal, conducted on a dismantling yard. It involves a wide range of activities from removing all the gear and equipment that are on the ships to cutting down and recycling the ship’s infrastructure. Ship breaking is a challenging process, due to the structural complexity of the ships and the environmental, safety and health issues involved. 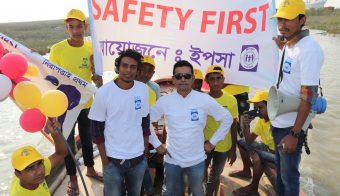 YPSA Coordinator Muhammed Ali Shahin recently commented to The Business Standard, a national level newspaper in Bangladesh, where he mentioned: “Deaths at the ship-breaking yards are negatively impacting this industry in Bangladesh,” “Investment funding of crores of Taka is also a significant barrier for the yard owners to ensure their yards as safer and environment friendly. Besides, it takes around two-three years to build a green yard and the facility also needs international certification. “So, the yard owners should be …Read More 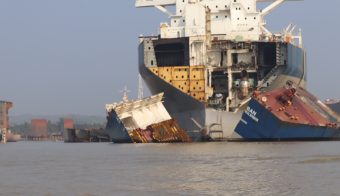 Accidents kept happening in the yards

One more worker got severely injured in a shipbreaking yard named as Jomuna shipbreaking yard while the worker was working yesterday afternoon, 23rd June 2020. The name of the victim is Abdul Hamid (24) from the district of Kurigram (north bangle). According to the inspector of the Department of Inspection for Factories and Establishments (DIFE), a government body, the worker was hit by a heavy iron piece in the yard and had severe head injury. Later the worker was admitted …Read More 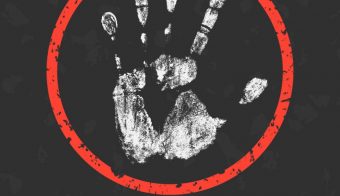 END CHILD LABOUR While important achievements continue to be made in the fight against child labour in Bangladesh, some 1.2 million children are still trapped in its worst forms, according to the latest National Child Labour Survey report, published in 2015. YPSA expresses it solidarity with the day. YPSA considers that as a result of continuous advocacy, the Government of Bangladesh ratified the ILO Convention on the Worst Forms of Child Labour, 1999 (No.182) on March 12th, 2001. National legislation …Read More 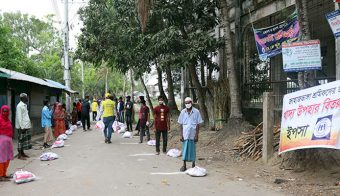 In April 2020, YPSA provided food support to 1070 unemployed daily workers and local people in the areas of Sitakund where ship-breaking yards are located.   Food packets were distributed among them who have lost their income opportunity due to the current lockdown in the area that was imposed to protect the people from the potential spread of the Corona virus. The UNO of Sitakund Mr. Milton Roy appreciated the effort and extended his support and solidarity. He said that he …Read More

World Environment Day is marked on Friday June 5th 2020. It is an environmental awareness day, run by the United Nations. It is sometimes also unofficially called Eco Day or Environment Day. The aim of the Day is to raise awareness of the environment and specific environmental issues. YPSA expressed its solidarity with the spirit of the day. In line with the the of world environment day, 2020’s theme, YPSA addressed that because of the unsafe practice of shipbreaking yards, …Read More 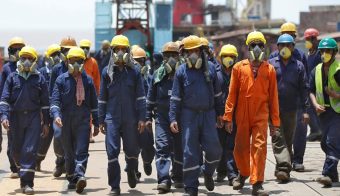 May Day 2020: YPSA express its solidarity to work with government to support the workers

On the eve of International Workers’ Day on May 1, the United Nations International Labor Organization (ILO) warned that half of all workers worldwide – amounting to 1.5 billion people – are in danger of having their livelihoods destroyed by the corona virus pandemic. In line with the ILO, YPSA also urges the government for implementing occupational safety and health measures that can protect the lives of workers, their families and the larger communities, ensure work continuity and economic survival. …Read More 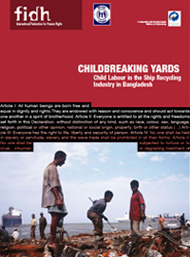 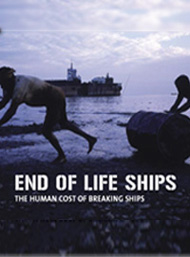 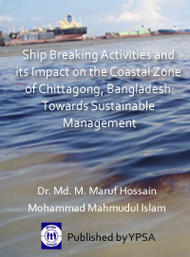 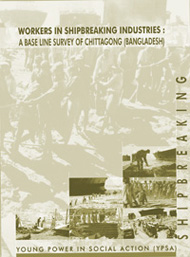 YPSA (Young Power in Social Action) is a non-profit organization for sustainable development started in 1985 (UN International Youth Year). YPSA is registered with the different departments of the people’s republic of Bangladesh. YPSA has been implementing various development programs as per the community needs , monitor and advocate the issues related to ship braking industries. From 1997 YPSA tries to obtain improved working conditions at ship breaking yards of Chittagong, Bangladesh. YPSA organized social campaign program to raise the voice of the mass people about ensuring of the workers’ rights and save the environment and ecology from the pollution that generated from the unsafe and uncontrolled ship breaking practices. YPSA has also been implementing regular policy advocacy to influence the policy makers for taking necessary measures and formulate policy and strategy to conduct ship breaking in a safe and environment friendly way.