Inaugural of vocational training for working children in hazardous job Inaugural session of a six-week vocational training for the working children in hazardous job was organized on 29th November at Br. Flavian Technical School Chittagong, CARITAS where 37 children have joined in two batches. 19 children are participating in the trade of Electrical and House Wearing and 18 other children joined in the trade of Motor cycle repair and maintenance.  The vocational training is under the project titled as Securing Better Future for the Working Children in Ship Breaking Yard, which is funded by IHC MERWEDE Foundation …Read More Four workers were killed and three others injured when a gas cylinder exploded at a ship-breaking yard in Sitakunda of Chittagong on April 3, 2014. The incident happened when the victims were dismantling a scrap ship. All the four died from inhaling carbon dioxide. With this, the death toll over the last two years at ship-breaking yards in the port city rose to 44. Since February 2012, at least 35 accidents have taken place, leaving dozens of ship-breaking workers wounded. …Read More A joint team of district administration and forest department on 24 February 2014 evicted two ship breaking yards which were set up by destroying coastal forest in Sitakunda upazila of Chittagong five years back. SK Steel and SK Ship Breaking and Recycling were able to lease the land illegally in 2009, chopped down thousands of mangrove trees and started importing old ships for breaking on the beach. On 6 October 2013, the Supreme Court of Bangladesh declared the yards illegal, …Read More Asian Women University (AWU) and YPSA jointly arranged a photo Exhibition on “Visages of the ship breaking workers-an insight in the reality of the migrant workers coming from all over Bangladesh to work in the ship breaking yards of Chittagong” during 23-25 September at Shilpakola Academy’s Art Gallery. It was really a amazing exhibition as there were some photographers putting their pictures who were internationally very renowned and working with international organisations. It was really something to see and experience …Read More

Case Story : The moment when we guessed that he was leaving the world 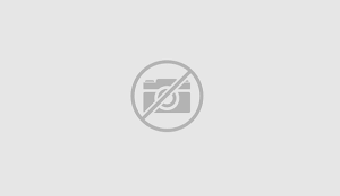 Jahangir died on 6th September 2008 who was seriously injured 26 days ago in a ship breaking yard while he was working in the yard. Jahangir Alam (28), father: Late Azizul Gaosh, mother: Begum Nurjahan, village: Madham Sonaichari, Union-Sonaichari, post Office: Shitalpur, Upazila: Sitakund, district-Chittagong seriously injured on 12th August, 2008 when a heavy iron plate of ship strike him. He was a cutter man of Ziri Subedar Ship breaking yard. He was in treatment in last days. Doctors has …Read More

KICK THE HABIT! TOWARDS A LOW CARBON ECONOMY YPSA observed World Environment day. A rally of at least 1700 people was organized on the environment day where people from all sphere of life are joined demanding for a low carbon economy and stop pollution in the shipbreaking yards. The rally was started from the Chittagong Stadium corner to Muslim hall premises, where the ending session of the three day program was arranged. The District Commissioner of Chittagong, Mr. Hossain Zamil was the Chief Guest of the session. He …Read More Incorporation of clauses in the proposed national policy on shipbreaking to ensure the issue of pre-cleaning of ships before breaking, establishing environmentally sound management of breaking ships, compliance with the international commitments, principle of ensuring human rights and saving environment, speakers said in a meeting in Dhaka. Young Power in Social Action (YPSA), a non-governmental organisation, organised the discussion on Ship Breaking Industry: Challenges and its Future at the National Press Club, which was attended by different NGO activists and …Read More