Worker severely injured in one of the prime yards 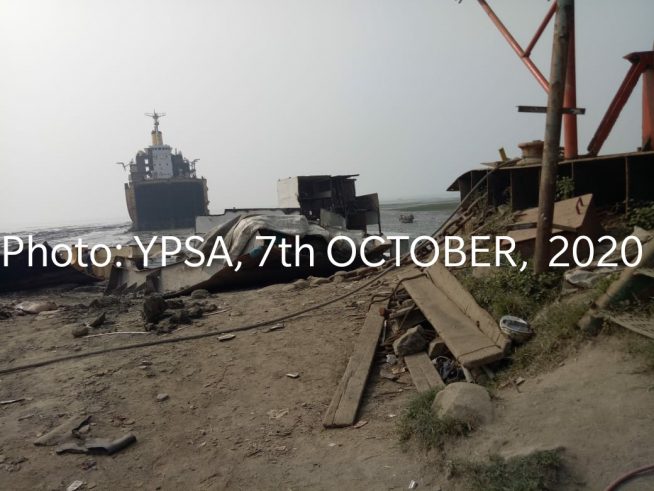 A worker was severely injured in a yard called Taher Ship breaking and Ship recycling industry on last Sunday afternoon around 5 pm, 6th December 2020, while he was hit a heavy iron piece on his right leg. The worker taken to a local private clinic in Sitakund and later admitted to Chittagong Medical College and Hospital (CMCH) for a surgery. The department of inspection for factories and establishments (DIFE) confirmed about the accident and mentioned that they have instructed the yard authority for a better treatment of the injured worker. The yard is owned by the family of the president of the owner’s association, BSBRA, Bangladesh Ship Breaking and Recycling Association. Muhammed Ali Shahin, Coordinator of YPSA, says, that such accidents may increase in the coming days as most of the yards are not having enough safety gears for the workers. He also mentioned that the yard owned by the president should maintain high standards sothat other can follow him but its very unfortunate that his yards are also practicing sub-standards.