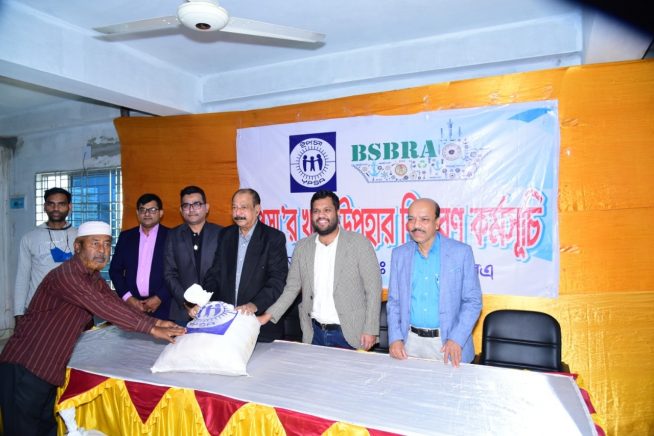 YPSA, an organization for sustainable development, has provided food assistance to 10,000 workers and disadvantaged groups in the Sitakund area. Each packet weighing about 28 KG was given rice, pulses, potatoes, salt, oil, soap, and detergent powder. Local Union Parishad chairmen took part in the distribution of these food items. 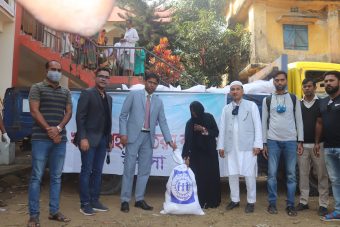 YPSA distributed the food in coordination with the Shipbreaking owner’s association and the local government bodies. This time, the owners have supported the initiative. YPSA provided the food packets for the shipbreaking workers, other unemployed workers, and poor families of physically challenged persons, tribal communities, and daily workers. A number of 50 shipyards received the food packets from YPSA. The yard managers have distributed the packets to their workers. 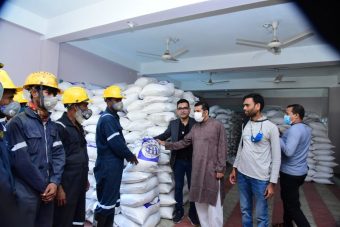 YPSA has organized a launching ceremony of the distribution. YPSA invited the MP (Member of Parliament) for Sitakund, the Upazilla Nirbahi Officer, and representatives from the owner’s association. Mr. Didarul Alam, MP, appreciated YPSA for this support to the workers. He mentioned that YPSA has established an example of humanitarian support in Sitakund. He also said, there are many workers who lost their jobs and daily income because of earlier countrywide lockdown. And the ongoing price hike is also affecting the income of the informal workers who don’t have a permanent income opportunity.  Mr. Shahadat Hossain, Sitakund Upazilla Nirbahi Officer (UNO), said YPSA has shown responsibility by distributing food items among 10,000 unemployed and poor families of shipbreaking workers in Sitakund. The President of the owner’s association (Bangladesh Ship breaker’s and Owner’s Association-BSBRA) thanked YPSA for this support. He said, YPSA is working not only for the safety of the workers but also caring for the need of the workers with such food support. Md. Arifur Rahman, Chief Executive Officer of YPSA, thanked the local administration, politicians, and Union Parishad chairmen for their overall cooperation in this. He mentioned that this is the biggest support in the community during the pandemic sofar. YPSA coordinator Mohammad Ali Shahin was the coordinator of the food distribution program among the workers. There were 150 workers who were present in the launching event who received the food packets from MP and other guests. YPSA continued the distribution for ten days.

YPSA started distributing food packets in the shipyards on 5th January 2022 and completed it within 10 days. The Union chairman of different union parishad of Sitakund were present in the distribution ceremonies. Mr. Nazim Uddin was present during the distribution in Bhatiary union. The union chairman delivered a speech on the precautionary measurement for protecting the community from the virus and also thanked YPSA for this unique intervention.

YPSA arranged another distribution event in Kumira Union. The union chairman Mr. Morshed Chowdhury was present at the beginning of the distribution. The event took place in the Kumira union premises. YPSA has distributed food in Bashbaria union aswell where the chairman has handed over the packets by himself and worked with the YPSA. The chairman, Mr. Showkat Ali Jahangir expressed his sincere gratitude for the food support to YPSA. 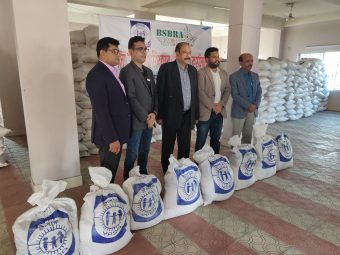 YPSA arranged another distribution event on 15th January 2022, while the team provided food packets to more families of disabled persons and tribal communities in the Sitakund pourashova area. YPSA did its final distribution in the Safety first center. There were some unemployed workers and their families who received the food packets were so overwhelmed after seeing the food inside the packets as all the groceries were very much essential for their daily meal. 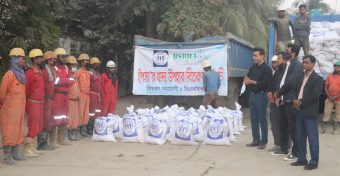